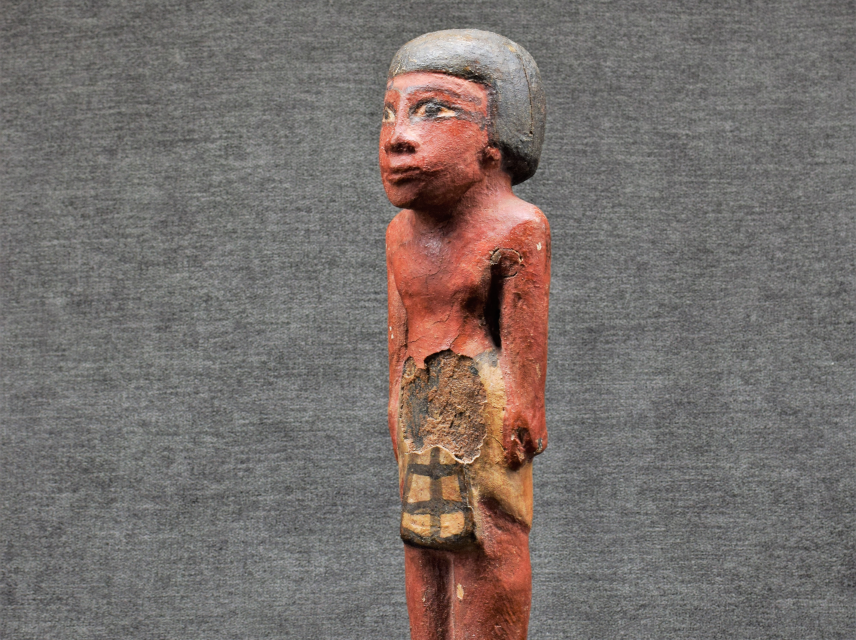 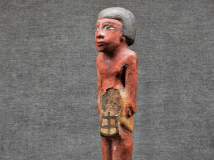 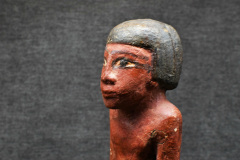 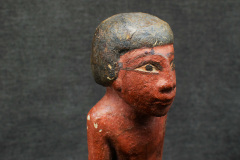 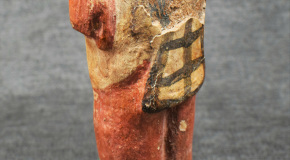 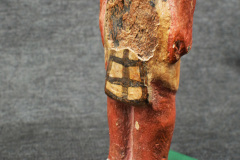 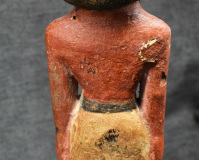 An impressive figure measuring over 13 inches in height. Skillfully carved. Once carved, the figure was covered in a thin layer of gesso and painted in red, black, cream, and white hues. This example still retains carved and painted facial details and a classic cap-styled coiffure.

He would have been an attendant in the afterlife, a boatman perhaps, or doing field work etc. During the Sixth Dynasty, it became common to place wooden models of lifelike scenes in Egyptian tombs; by the Middle Kingdom, they were placed in the tomb chamber, around the coffin, although some very lavish tombs had a separate chamber just for wooden models. Funerary boat models were created to assist in the deceased's journey through the underworld, and the most well-known models came from Meketre's tomb, more than half of which were funerary boats.

Size: c. 13 inches. tall, mounted on a modern green-painted base.

Condition: Choice for this fragile figure. Original gesso and paint, but laquered in parts, both feet reattached, loss of paint and gesso on the stomach, but an original and good-looking fellow.

Provenance: Jytte Soelberg Private Collection, bought in the 1970-1980 from much older collection of a Danish Engineer.

Sold out
Add to Cart